What is a ZEC and where is this business paradise? 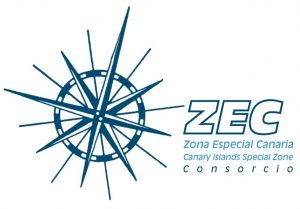 Whenever we mention to clients that our offices are in Las Palmas the typical response is “doesn’t it get uncomfortable spending all day in a hammock?” Or “how do you manage to work in that heat”. Next people want to know why we chose an island in the middle of the Atlantic Ocean (well almost the middle), to base a startup targeting mainland European business?

Our answer is always the same. Yes, it’s sunny most days, and it’s true we’re never more than a few minutes from the beach. But the primary reason we’re in The Canary Islands is that it’s a really great place to start a business. Because down here, at Europe’s southwestern tip, you’ll find the Spanish government – in partnership with the EU – have been quietly nurturing startups for almost two decades. Through a series of attractive business incentives and tax breaks known as ZEC.

Why are so many companies choosing The Canary islands as a base?

Short for La Zona Especial Canaria (The Canary Islands Special Zone), ZEC began life in 2000 as a Brussels-led initiative to stimulate investment and jobs on the archipelago. Fast forward 18 years and Secret Source is just one of many tech startups – and more than 400 traditional enterprises – to have registered as a ZEC.

You don’t need to be an accountant to see the appeal of ZEC – and we’re not talking about the 300+ days of sunshine the islands get every year.

Favourably low Corporation Tax (currently just 4%). Exemption from the Canarian versions of Property Transfer Tax, Stamp Duty and VAT (IGIC) on services, property or goods you purchase. Plus, just like any other Spanish business, ZEC companies have full EU status, including easy financial movement within the Eurozone. In fact they enjoy all the benefits of Europe’s many trading treaties around the world.

Following the UK’s decision to leave the EU ZECs look even more attractive and provide a cost-effective way for British firms to remain within Europe post Brexit. As part of the Eurozone they can still be wholly owned by British companies or individuals and, thanks to current taxation treaties, there’s no need to pay double corporation tax when repatriating profits. 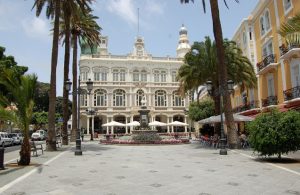 The Canary Islands’ capital is a vibrant, modern and evolving city with an affluent, well-educated workforce fed by the excellent University of Las Palmas. As an international shipping hub and base for the oil service industry, you’ll find English is widely spoken all over Gran Canaria. That makes it very easy to recruit and communicate with staff, suppliers and contractors.

The island is also a real hotspot for digital nomads, as it continues to attract growing numbers of independent workers and startups, in search of an accommodating (and warm) place to call home.

Why are The Canary Islands a good place to start a business?

Despite their location, off the north west coast of Africa, The Canary Islands are very much a part of Spain. They offer a typically European lifestyle with a distinctly Mediterranean flavour and a climate that frequently ranks among the best in the world. Infrastructure, roads and public transport are all excellent, while the well-established tourism sector means air travel is cheap. There are regular flights to most major European hubs and many regional airports.

In fact, Las Palmas is gaining such a strong reputation as a great place to do business, or develop your career, that it’s become a regular feature of tables listing the best locations to live and work in Europe – and even the world.

Thanks to their physical distance from mainland Spain, The Canaries also enjoy protected economic status in the form of lower taxes, which make the cost of living here – and consequently wages – very reasonable compared to other parts of the continent.

Such favourable trading conditions are proving especially attractive for smaller enterprises with evolving markets, whose expansion could otherwise be hindered by average corporation taxes in excess of 20% across much of the EU. For companies in need of a stable European base and full access to the single market opening a ZEC can make real business sense.

Is it easy to start a ZEC?

As we found out ourselves, launching a ZEC company does require a little time and effort. But the added paperwork and €850 admin fee more than pay for themselves once you’re up and running.

So if the idea of island life, low taxation, a business-friendly environment and year-round summer is starting to sound even better, the first thing you should do is get in touch Having been through the process ourselves and helped other do the same, we’ll explain exactly what you need to get started with a ZEC of your own.

Don’t be put off by the paperwork. ZEC exists to attract and encourage new business to The Canary Islands rather than close doors. You’ll find local authorities here are very supportive of all applicants.

Alternatively, for more information head over to zecadvisors.com

Back to Blog Next article